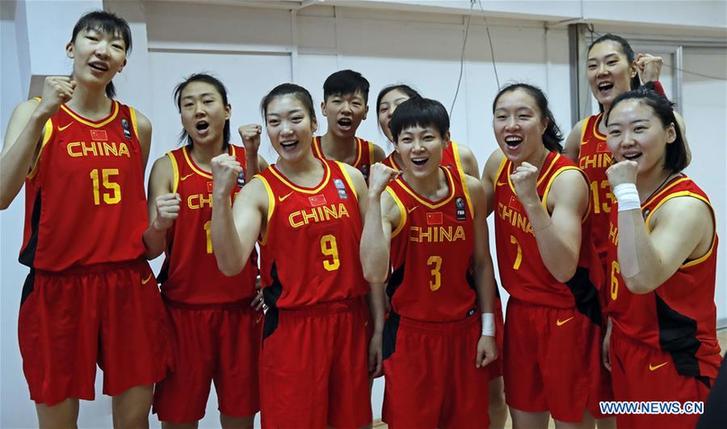 China's players react during the official FIBA photo shoot prior to the women's Olympic qualifying basketball tournament in Belgrade, Serbia, on Feb. 5, 2020. China will face Britain, Spain and South Korea in Group B, with three top teams from each group set to advance to Tokyo 2020 Women's Olympic Basketball Tournament. (Photo by Predrag Milosavljevic/Xinhua)

The tournament was originally scheduled to be held in the Chinese city of Foshan, but it was relocated to Belgrade instead amid concerns over the spread of novel coronavirus in China.

China will begin its quest for an Olympic berth against Britain on Thursday, before taking on Spain on Saturday and South Korea on Sunday.

The top three finishers in the group will qualify for the Tokyo Olympic Games this summer.

Most Read The Latest